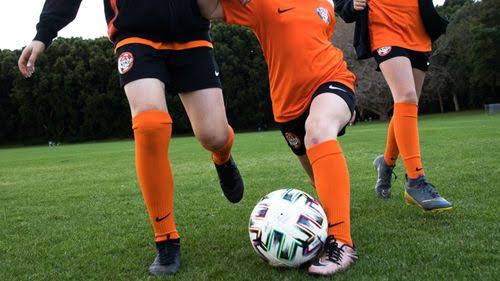 Two final series cancelled, plenty of interruptions – it is no secret that organised sport has been heavily affected by COVID.

Thankfully, it is looking like a return for good is just around the corner.

However, it may not be a matter of picking up where you left off. Will the implications of COVID lockdowns result in an increase in injuries?

This has been somewhat tested out with the temporary return of sport at the start of this year. Anecdotal evidence (low power evidence based on personal observation) suggests a higher incidence of injury, but what does the research say?

We have been able to make predications on injury risk following prolonged time off based on previous research surrounding other unique situations that forced time away from play. This has been covered in detail in a previous blog by Physiotherapist Peter Stath.

Due to the uniqueness of this situation, large efforts have been put into appropriate research to give us the upper hand. A new study, specifically studying the COVID sport shutdown, provides us with unique insight into injury risk on returning to play. The study is based around analysis of the first major sporting competition to resume from COVID shutdown: the top league in German soccer, Bundesliga.

Let’s take a look at the main findings from this study and how that may translate into community sport.

Following the lockdown, athletes were 3.12 times more likely to sustain a significant injury on returning to play.

This pattern has also been observed when the NFL experienced a lockout in 2011, where relative injury risk significantly increased following its return.

The reason for this is thought to be based on multiple factors, including reduced access to training facilities, a sped up preparatory phase and a more condensed season, meaning more games in a shorter time frame.

In addition to these, one of the major contributing factors is thought to be deconditioning of athletes resulting in biomechanical and neuromuscular deficits – meaning the athlete is not as strong or conditioned. If the athlete is not as prepared for the high demands of competition, they are more predisposed to injury.

Since gym closures have gone hand in hand with the sporting restriction, this may have left some people without the means to complete their normal strengthening.

It is likely that this same finding of increased injuries in professional soccer will translate into community sport.

Interestingly, almost 20% of injuries occurred prior to competitive play.

This has also been documented in the AFL, with pre-competition being the most likely period for a player to sustain an injury.

The high-intensity nature of pre-season is likely a contributing factor. It is primarily designed with a performance focus to maximise fitness, strength and condition to boost the chances of winning the competition. As a result, training can be very demanding on the body. Take the hamstrings for example; they have to develop forces almost 9 x bodyweight while maximally sprinting. Not an easy task!

Take this example for a regular sportsperson under normal circumstances: their recent sporting participation has kept them in good condition. After a short break, they commenced some form of pre-season, maybe while also doing some personal independent exercise and attending the gym. In this scenario, the player is likely to be stronger and fitter due to a better baseline, meaning their body is more adapted to withstand an intense pre-season.

That is why this season may differ, as taking a business-as-usual approach may cause many athletes to overreach. If a pre-season program is poorly designed and does not reconcile with appropriate training principles, this risk may increase.

If professional athletes experience injury despite the vast resources and expertise at hand, it can only be assumed that local clubs are likely to experience the same.

Make sure your pre-season is matched appropriately to your level of fitness: leave your ego at the door! Some signs that a program may be too difficult include:

Seek help early with any issues with one of our CSSM professionals, such as a physiotherapist, and get on top of them.

After the initial spike of injury, the risk of injury decreased as the season progressed

This elevated injury risk decreased as the season progressed. This is likely due to the body becoming adapted to the sporting demands over time.

So it’s not all bad – once we properly plan around the initial risk and get back into it, the risk of injury somewhat normalises.

It is important to note the potential vicious cycle. If a player is deconditioned, they are more likely to sustain an injury. If they do happen to sustain an injury, they then have an increased risk of re-injury for up to 15 weeks on return to play, which then in turn prolongs their injury risk.

This highlights the importance of getting over the “injury-hump” initially and making an appropriate pre-season plan to ensure a successful season.

Before you go all out, an easy to monitor your load is the 10% rule. Don’t increase your weekly total running time or distance by more than 10% Your body needs time to rest and adapt to the increased load you are putting it through, so rest days are vital!

So now you’re ready to start training – be prepared and get ready to enjoy the return of sport for good!

CSSM physiotherapist Hugh Feary has always been interested in how the body works, sport and strength training. Hugh has previously worked in GP clinics and in private practice as well as a variety of local sporting teams including the Fremantle Dockers in the AFLW. Spending a lot of time strength training in the gym, Hugh enjoys helping others who have any niggles or injuries to modify their program to keep them moving.