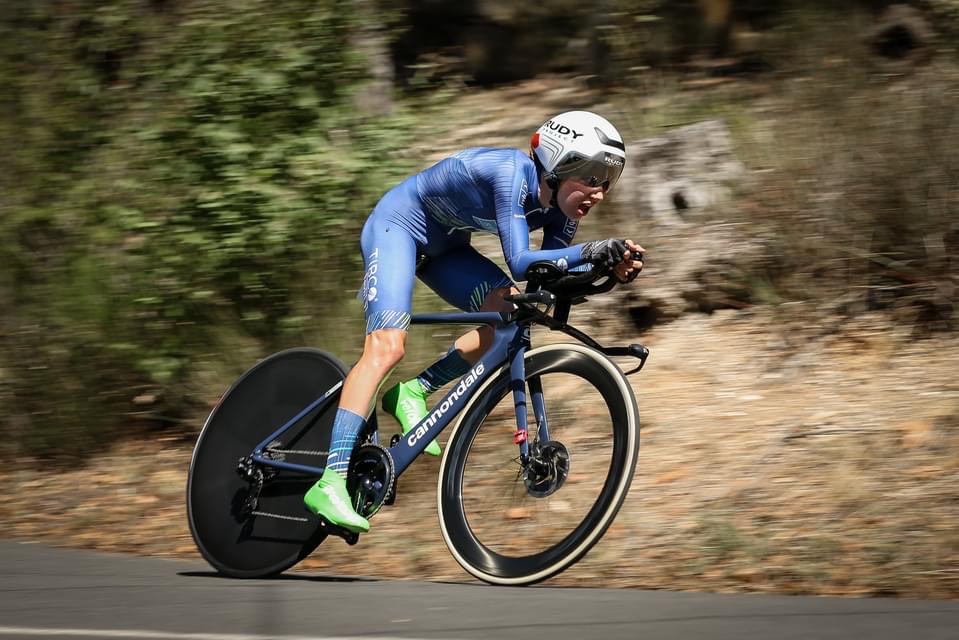 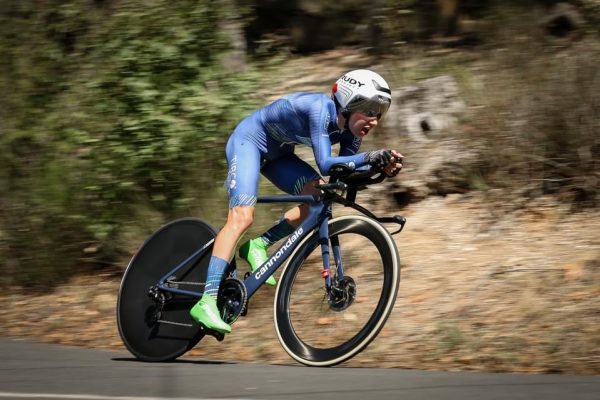 Sarah is a road cyclist who started racing on the velodrome when she was just 8. Now 20, she has become what respected cycling commentator Matthew Keenan described as one of the most exciting prospects in Australian cycling and he is not wrong.  The rising star has risen!

We asked Sarah to keep a diary to give us an inside look at her January Aussie assault.  In Part 1 of her diaries, she reflects on the recent Santos Festival of Cycling – the biggest cycling race in the southern hemisphere. (BTW she won!)

What a summer it’s been! 2021 has started off awesomely. After not much racing at all during 2020, every rider in the women’s National Road Series, along with quite a few professional road cyclists and the track Olympic team, were incredibly keen to see the year kicked off at the Santos Festival of Cycling, held around Adelaide in mid-January. This event, usually known as the Tour Down Under, was definitely scaled down compared its usual international affair because of the pandemic, but just like the forty-degree temperatures that were forecast, the racing was always going to be hot and we all knew it.

I usually race for Team Tibco-Silicon Valley Bank, which is a USA-based team who were unable to make their usual trip Down Under in 2021. I was fortunate enough to be offered a spot on the Australian National Team for the four-day tour this year. I was super excited when I was told about this opportunity back in December, and even more excited when I heard about who my future teammates would be – four super strong track riders selected for the Tokyo Olympics, and two World Tour professionals. I knew right at that moment that I’d be learning a lot and hopefully having a lot of fun!

As soon as the team arrived at the race accommodation, we could all feel the immediate sense of excitement and cohesion, which only built during our team meetings and throughout our discussions of the race plans. We knew that our opposition would be tough and that racing for the first time together can make things difficult when competing against already established teams such as Team Bike Exchange and the well-drilled National Road Series squads, but we were still confident and ambitious about how we could come together as one.

The tour itself was very open and any punters were definitely going to have a tough time making any pre-race predictions.

Stage 1 was a lumpy road race, that saw us complete three circuits of the less-steep side of Menglers Hill. With such amazing sprinters on our side, our team was hoping for a bunch kick, however some of the other teams had other ideas and made the climbing pace a little too hot for our plan to work. We came to the line in a group of only thirteen riders, with just Neve and I, the two climbers of our team, left at the front of the race. We still tried our best to sprint for the stage win of course, and ended up 5th and 6th, but it was tough going against some strong all-rounders with more powerful sprints than ours, such as the impressive stage winner Peta Mullens. We had worked well as a team on our first day together, but we were definitely all hungry for more.

Stage 2 was flatter and was the course that, on paper, looked like it would result in the least decisive of the three road races. Our team’s main plan was again to use our amazing sprint squad to hopefully take the stage win, but we did have another option up our sleeve too that we were willing to try first –  the short but steep climb 50km from the finish. I had racked up a few Queen of the Mountain points from following attacks the day before, so the plan was for me to hit it up the climb, go for some more points and then reassess the situation over the top. But when I reached the summit, I realised that no one from the bunch had stuck on my wheel, and before I knew it, I was off the front in a solo breakaway with 50km to go! I do like time trialling, but when I looked down at my bike computer and realised that I still had over an hour of racing to go, I will admit that part of me started to think that I might have been a little too ambitious and eager! My teammates were so amazing though, controlling the bunch from behind, and somehow, we pulled off the solo stage win, won the bunch sprint for second and took control of all of the jerseys up for grabs – leader’s, sprint, young rider, climbing and most aggressive!

Stage 3 was the stage I’d been looking forward to the most during my tour preparations – it was a short but exciting stage, with the women’s peloton set to ascend the infamous Wilunga Hill for the very first time in the race’s history! Again, all six of my teammates were incredibly supportive, selfless and strong, keeping the bunch together and shepherding me around the peloton to keep me near the front when needed. I came into the climb in perfect position thanks to them, and was able to attack right from the bottom and time trial my way up the climb to the finish line to cross the line first, an individual finish reflective of a super impressive team effort.

Thanks to my two solo breakaways, by Stage 4, I had a three-minute lead in the General Classification, so we were able to turn our focus to the sprint finish that we’d been desperately hoping for all week. This stage was a short, one-hour criterium, so it was the perfect opportunity to put the trackies’ power to good use. The stage turned out wonderfully, with a well-executed team lead-out finishing off with my roommate Georgia Baker taking out the win!

In part 2 of her Summer diaries – Sarah takes us inside her assault on the National Road Cycling Championships – The RoadNats.