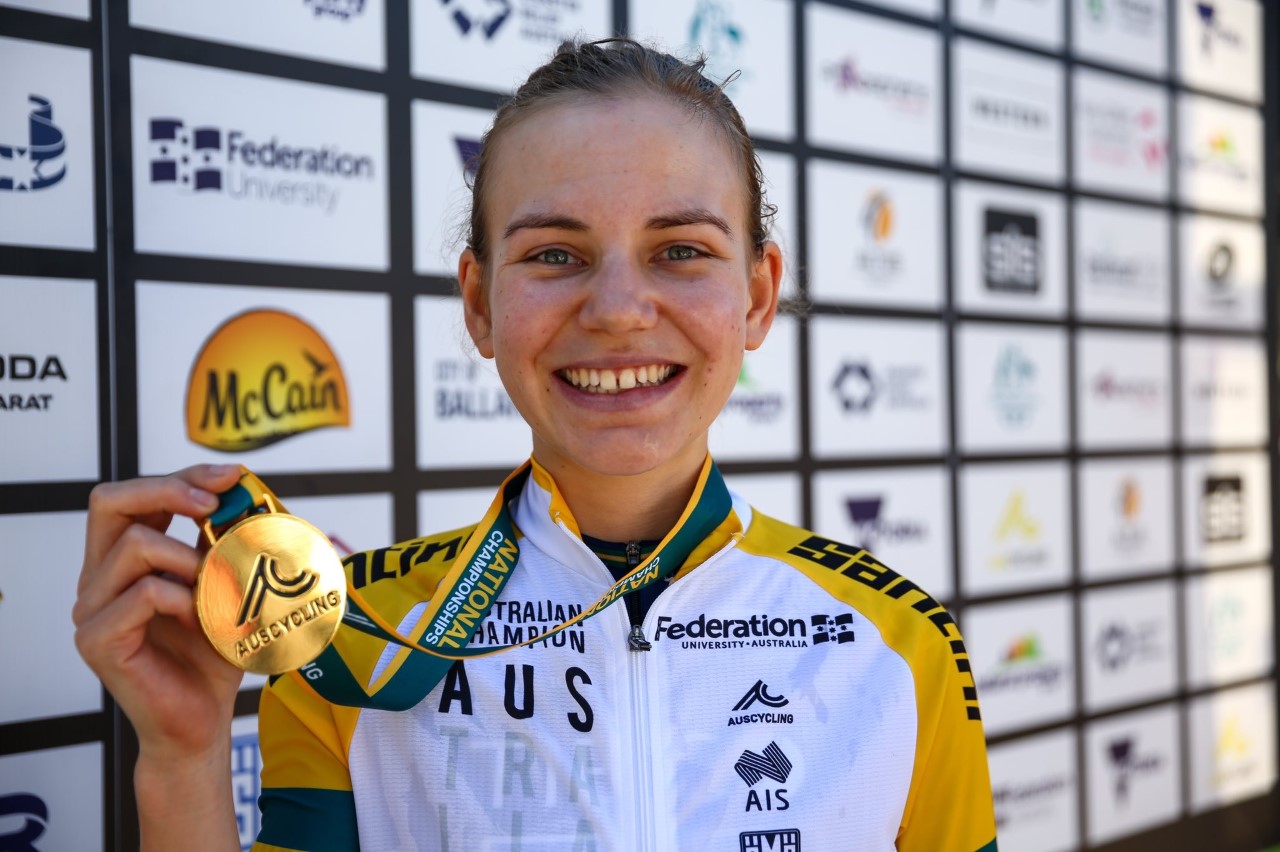 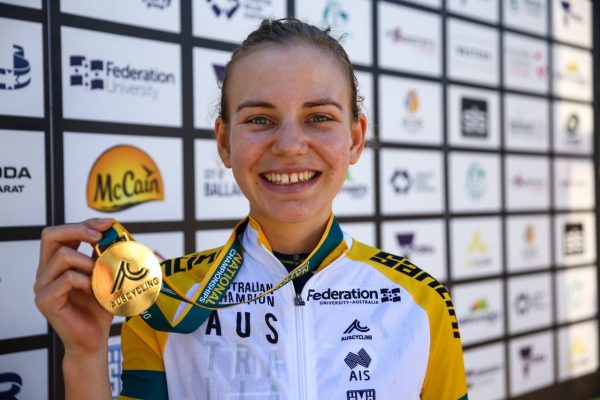 In part 1 of her summer diary for CSSM, Sarah Gigante took us on the road to reflect on her recent win at the Santos Fesitval of Cycling – the biggest cycling race in the southern hemisphere.

The 2021 #teamCSSM athlete has been described as one of the most exciting prospects in Australian cycling and has put pen to paper once again to take us behind the scenes on her assault on the National Road Cycling Championships – The RoadNats in Ballarat.

The nine-lap road race is the final women’s event of the Australian Championships held in Ballarat,

The tour went by in such a flash and part of me wanted to soak up our successes for a few days, but there wasn’t really much time before my next big event, the National Road Championships.

This event had kept me motivated during my endless lockdown ergos in Melbourne, with the countdown app on my phone having been set about 140 days before race day! This rapid turnaround between events was tough on the body, so it was absolutely wonderful when I was told I would be part of the #teamCSSM athlete sponsorship program for 2021.

The support allowed me to prioritise my recovery and give me the chance to focus on my racing.

My first event in Ballarat was the time trial – as race against the clock over 28.6km.  It was a race I had won in 2020 and this year I was able to defend my National Time Trial title, which was so exciting and a great reward for all the hard work I’d put into the event for many months with my coach Dylan Lindsey.

After that event, I decided to race the criterium on Friday night. While it’s not my strong suit physically, with my sprint being a little less powerful than the punch of those on the eventual podium, I sure had some fun (and avoided a final-corner crash!), so all in all, it was a good way to keep the legs firing ahead of Sunday’s road race.

Race morning come Sunday was drizzly and miserable. I was nervous but really excited for the race. I like to call the feeling ‘nervecited’! Cycling is often known as chess on wheels, and for a good reason. How you choose to spend your energy and what moves you decide to make will often dictate your final position on the results sheet far more than your fitness will. For me, tactics were going to play an even bigger part this year, because unlike when I’d come away with the title in 2019, I was now a race favourite and no longer an unknown. I was also going into the race with no teammates, which makes things difficult when you consider that road cycling is a team sport. There was no way I was going to be able to make a move without the rest of the peloton reacting, but I was ready have a really good crack!

I am fortunate in that the road race course does suit me well. It hadn’t changed from previous years, still being 104km on a circuit that features a climb up Mount Buninyong every lap. It’s about six minutes in length, which really splinters the peloton when you do it nine times!

The race set off at a cracking pace, with a breakaway forming on the very first lap. My plan was to be patient, with the hope to rein the breakaway back in as the race progressed.

By the halfway mark though, the breakaway had already built up a 5 minute lead.  They were strong riders and the time gap was not decreasing, with little impetus amongst the chasing peloton. Sarah Roy, the eventual winner, made her move from the break just after the midway point of the race, which kept their time gap holding strong since they were all going flat out all the way around the course.

I was pushing the climbs as hard as I could, but to no avail. I couldn’t catch the breakaway and came home a few minutes down, in seventh place.

I tried my best to race for the win in that one, and it was a really big goal of mine all spring and summer.  I was proud that I did everything that I could on the day though, and that I’d come into the race in the best form possible. It was still a little bit disappointing, but hey, a time trial national title is pretty special and there will be many more road race national championships to try again at in the future!

Thanks so much to #teamCSSM, especially to the legend Travis, for all your support! I’m looking forward to a great year working with you all and hopefully fitting in some great racing across Australia and the world!

Sarah Gigante is a road cyclist who started racing on the velodrome when she was just 8. Now 20, she has become what respected cycling commentator Matthew Keenan described as one of the most exciting prospects in Australian cycling. She is currently riding for the Tibco–Silicon Valley Bank team.