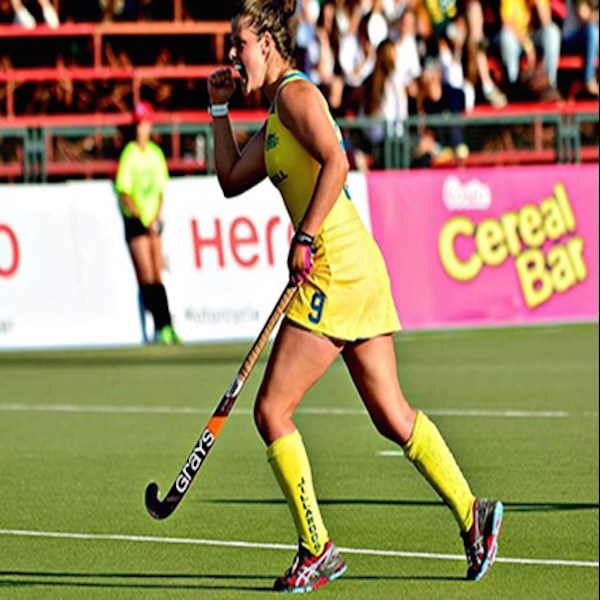 Sophie Taylor is part of CSSM’s Athlete Sponsorship Program. Sophie talks about her goal to debut for the Senior Australian Hockey Team with her end goal the 2020 Tokyo Olympics.

Hockey is a fantastic sport to be involved in. I love the team sport aspect and the demands and challenges associated with the sport.

Some of my best friends are hockey players who I have known since a very young age. It is always fun getting to train and play the sport you love with some great friends. Whilst hockey can be physically and mentally exhausting most sessions, I love the challenge of pushing through and digging deep when times get tough. I think the fact that you always have a group of girls at training is also really fun, I personally think I would find an individual sport challenging as I really enjoy the social side associated with hockey. I also like the variety of skills and attributes you need to play, you cant just be a good runner or really strong or really skilful, you need a mixture of these to compete in the modern game.

Our club competition runs April to September. Then we have the Australian Hockey League this year – a four week tournament in October. And then the rest of the time is spent in pre season and preparing for any camps or tours we may have.

Monday AM: Gym, physio and massage

Also I make sure I am consuming the right type of food at the right times and drinking plenty of water. Oh and getting 8-10 hours sleep a night!

Also, I was fortunate enough to be selected in the U/21 Junior World Cup team in 2016. We traveled to Chile to compete against the 16 best U/21 teams in the world. We won the Bronze medal which was the best result an Australian team had had since the early 2000s.

My goal is to debut for the Senior Australian Team with the big goal the 2020 Tokyo Olympics.

I’m actually studying to be a physio myself and am in my final years of study.

Personally, I have been very fortunate with injuries to date, so I see a physio regularly for ongoing management and injury prevention. I think physio’s play a massive role in Injury prevention as well as treating injuries that have occurred. So I like to regularly book in to make sure I’m doing everything possible to prevent injuries from occurring.

In hockey, we seem to have a lot of soft tissue injures – in particular, hamstrings. This is probably due to the position we are in when we are playing. We also have a fair amount of tendon and back injuries. In our gym program, we are always doing isometric holds on different muscle groups as there is a fair amount of evidence to show the benefit of static holds on tendons. We also make sure we are consistently in the gym a couple of times every week to ensure our bodies are strong and ready for the demands that a busy week has on our bodies.

The best advice I’ve been given that has stuck with me is: Love the process not the destination!