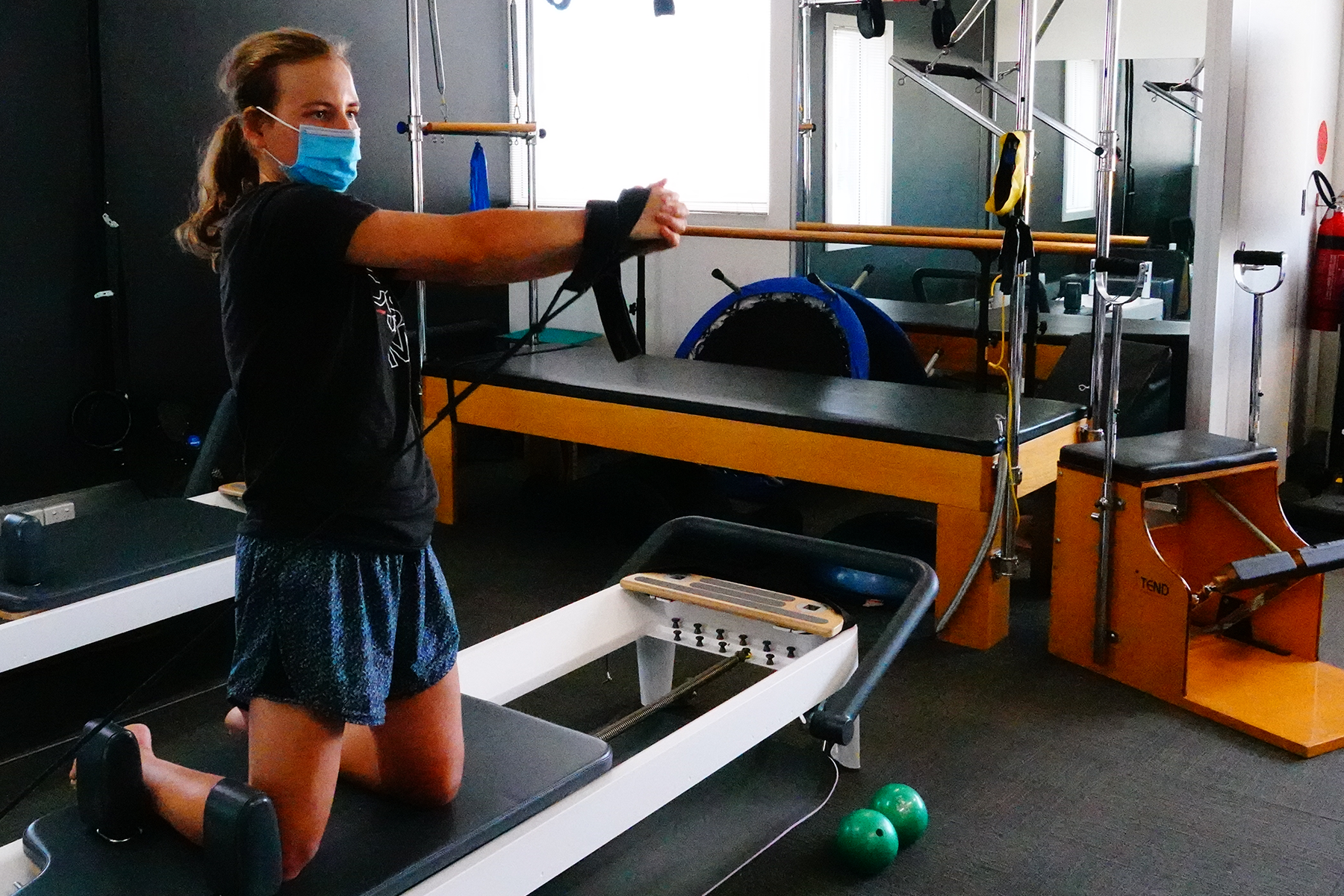 We have been privileged over the past year to be a part of #teamCSSM athlete Sarah Gigante’s journey – from broken bones, to Olympic selection, serious illness and hospital stays, she’s certainly been through some ups and downs.  Through it all though we have just loved Sarah’s positive attitude – no matter what she is facing.

It’s even better when she puts pen to paper and gives us an insight into what she’s been doing and the road ahead.

In this week’s blog, Sarah covers all things Olympics, pilates and her lessons of resilience and we find out why she’s more in love with cycling than ever before.

Pilates power and lessons of resilience!

Hey again everyone! I’m ashamed to say that, like my race days, my CSSM diaries have been few and far between, so I’m back! I have lots of time to reflect right now (more on why later), and the fact that the 2022 #TeamCSSM applications are currently open and waiting for you, reminded me that I should really pull out a pen and paper again – or at least, my laptop – and set to work. So here I am.

Way too much has happened since I wrote my last CSSM blog. Unfortunately, not all of it comes from the stack of cool experiences that I would have hoped to have had in 2021. However, that doesn’t mean that good things haven’t happened. They have. Plus, I’m probably going to be a better athlete, and person, because of both the ups and the downs of 2021.

I was very excited when I finally jetted off to Europe last year. I bid farewell to my friends, family and Team CSSM, packed my two bikes, stuffed some clothes into a bag and headed off to Italy last March. 2020 had been a tough year for everyone in Melbourne, but after a fantastic start to 2021, I felt like any difficult times were well and truly behind me. It was going to be all up from there.

Luckily, it did start all ‘up.’ My first race, a long-standing Italian classic called Trofeo Alfredo Binda was nice and hilly, suiting me and my teammates quite well. I enjoyed my start in the professional peloton and was pleasantly surprised by my first stint on a European podium, on which I was able to don a cool young rider’s jersey and hold a cute knitted frog, which I fittingly named Freddy.

After that, it was time for a return to Belgium, the only other country in Europe in which I’d raced before. Now, I already knew that the flat, windy and cobbled competitions would not suit me nearly as well, so I was somewhat mentally prepared for what came in the next few races.

I’ve often heard people say that you have to half-expect to ‘get your head kicked in’ (their words!) as an Aussie learning to race in Belgium, and they’re not wrong. I didn’t mind this though, and my team was patient with me as I tried my best to slowly improve in each race. It was all going relatively well, and I was starting to feel a bit more at home in the chaotic peloton, which was my main aim during this race block. However, in my seventh race, I was unable to avoid a crash directly in front of me, and I flipped over my handlebars and broke my fibula, collarbone and elbow.

This seventh race wasn’t any old race either – it was the hilliest of the Belgian races, and also the second last chance that I had to prove myself to the selectors of the national team for the Tokyo Olympics that I deserved to be there. With that in mind, I jumped up (in reality, I probably hobbled!), grabbed my bike and chased back to the peloton, grimacing and hoping with bad logic that the searing pain was ‘only’ from dislocations and thus would go away when everything magically popped back into place. Unfortunately it did not, and I sadly but suitably pulled out of the race ten kilometres later, thinking that my dreams of Tokyo had come to an end.

It would be the biggest understatement in the world to say that May’s news – that I’d made the four-person national team anyway – cheered me up during my rehabilitation phase. It did not simply cheer me up – it caused a permanent grin on my face for at least a fortnight! After that, I still found myself smiling constantly as my thoughts drifted to the fact that I’d soon be achieving a childhood dream, by simply making it to the start line of an Olympic Games.

There were still some decent challenges in my three months of preparation and rehabilitation – I felt quite lonely in my first time living solo overseas, and I lacked a bit of confidence that I was going to regain my fitness in time for Tokyo. I had a great support network though, and the roads in Spain were fabulous to explore and train on, whether I felt unfit or not!

The weeks went by slowly yet quickly, and before I knew it, I was indeed lining up at the start line as a new Olympian, alongside my three compatriots and friends, Amanda Spratt, Grace Brown and Tiffany Cromwell. I felt very proud to be decked out in green and gold, heartened to think of my friends and family watching from home, and most of all, incredibly nervous and excited (nervecited!) for the race itself.

The women’s road race at the Olympics turned out to be one that well and truly went down in history, with the memorable and impressive solo breakaway by Anna Kiesenhofer leading to a surprise gold over the highly favoured Dutch squad. As for the Aussies, we had an okay day and did our best to execute our roles, but it certainly didn’t turn out quite as we hoped. Personally, I was satisfied with my work early on in the race, but still disappointed that I was later dropped by the peloton.

The Olympics tends to exaggerate your emotions, particularly at the time – I had similarly conflicting sensations after the time trial too. I was in awe of the experience and very proud of what I’d done to be there, especially after my injuries, yet I was super disappointed with my result.

After wise words from my support network, and simply some extra time for the experience to sink in, I had a better perspective. I was now more proud than disappointed, and ready to sink my teeth into the next challenge and hopefully return to the Olympics one day, stronger and older. It wasn’t until what happened just a couple of days later that I realised what ‘good perspective’ really was, and that first or last – or 11th – in any bike race really didn’t matter in comparison!

This diary is already very long (as all my blogs end up being, sorry!), but in short, I spent most of the next six months making friends with doctors and unable to have my heart rate over 100bpm, due to an unfortunate case of myopericarditis. It was absolutely horrible at the time, yet after making a full recovery, I don’t think I’ve ever been happier. Being able to ride my bike to my heart’s content, go exploring with my friends and begin to set and chase goals again after so long on the sidelines has made me fall more in love with cycling and with life than I ever thought possible.

Throughout this time, I’ve also been going to studio pilates sessions at CSSM twice a week, trying my best to build up the muscle that I lost alongside my fitness from my extended period on the couch. Being able to do something new and challenging has added to my joy, and so too has the shared experience of joining other keen attendees and being led by the magnificent Kim. If you don’t know her, Kim is the dream pilates instructor – encouraging and bubbly, yet a surprisingly good task-master if you want her to be. We have been working together for a few months now, and not only do my legs seem to be getting closer to their old selves – I am slowly but surely improving my sprint on the bike! I can feel a difference in my flexibility and upper body strength, areas which both had a lot of room for improvement. 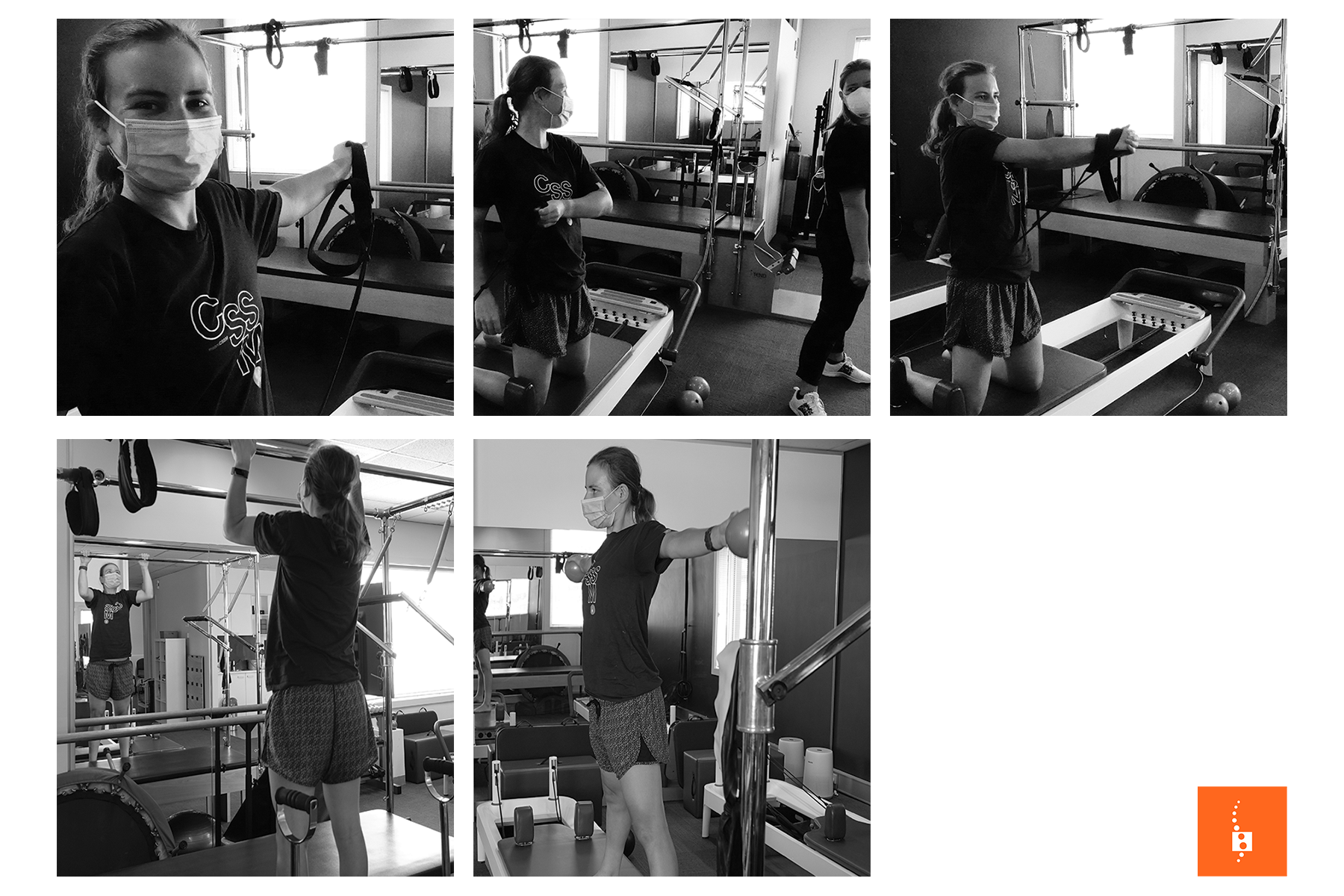 When it comes to overcoming setbacks, I’ve learnt that two factors are key for me. Firstly, asking for help is the best thing since sliced bread. If you’re ever struggling, your support network would love to know and to help you, just like you would do for them without question, if the situation was reversed.

Secondly, I like to remember a quote that a former teammate of mine told me many years ago, when I was in Year 12 and recovering from two simultaneously broken arms…”one day, this will all just be a bad memory.”

On that note, back to the beginning of my blog and why I have a lot of time to reflect right now – I currently have COVID-19! I was meant to do my first race back since Tokyo on Sunday and was super excited. It was going to be 200 days on the dot since I’d competed, and I missed the feeling so much. However, I tested positive on Saturday, the 199th day, and at this point I just have to giggle. I walked under too many ladders last year – but I also struck gold by having the best people around me, and now a very good perspective.

I know I will be back, and I’m sure I will have a blast this year, in my first year in the Women’s World Tour with my new team Movistar!