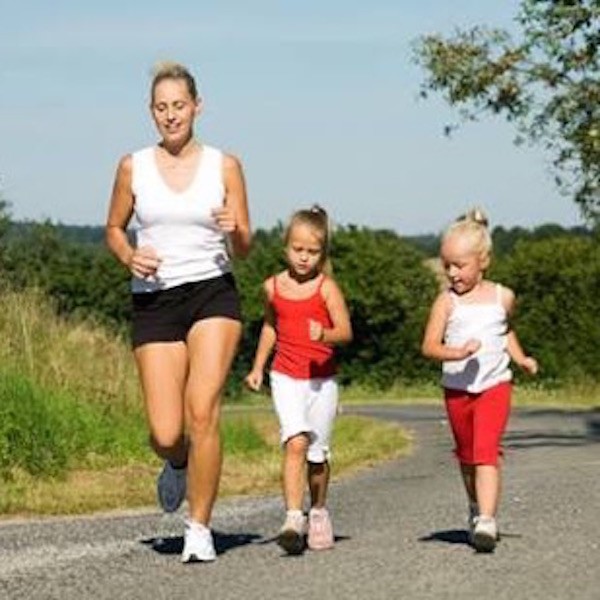 With Mother’s Day just around the corner we thought it timely to discuss the Australian Governments Girls make your move campaign. Whilst this campaign is targeted at girls aged between 15-18 years, the significance of improving levels of physical activity for all women is highlighted. Promoting well-being and health for our next generation of mums.

Women face a unique set of barriers to participating in physical activity when compared to men. These barriers are particularly highlighted in young women who can feel they’re not fit enough to participate, they may be anxious about not looking the part, they may perceive themselves as not ‘attractive enough’ to exercise and they often exhibit anxiety about being ridiculed when exercising.

There are a multitude of mental-health benefits related to regular exercise including improving mood and self-esteem, reducing levels of stress and anxiety, socialisation and then of course there are the physical benefits and the long term health benefits such as reducing the risk of some chronic diseases.

The stats in Australia suggest that 9 in ten young people just don’t move enough. Younger women are generally less active than their male counterparts, exercise less intensely and are more likely to be sedentary than young males. With the Australian guidelines for young adults set at 1hour of moderate to vigorous exercise per day, what can mums do to get their young daughters moving?

Research suggests that finding an activity that a young women enjoys is one of the key factors to keeping her active. Not into netball? Why not try an 80’s dance class! Exercise should be fun and exercising with peers has been identified as an important factor for regular participation. Why not start a sports team with friends? Or take a group of friends to the gym. Family role modelling can have also have a really positive effect on young women. Setting a good example and participating in physical activity will likely have a positive effect on your children’s attitude towards physical activity.

So this May in honour of mother’s day, women everywhere set yourself a goal to get out, have fun and get moving.