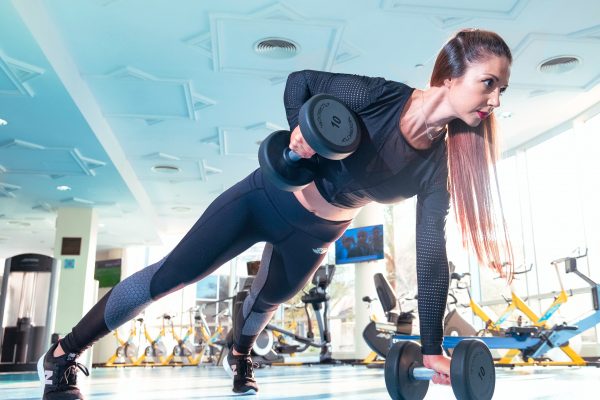 28 OctGetting back to the gym: how to eliminate pain after a break

Lockdown has been hard in so many ways, and those of us who have missed being in the gym and have been trying to pick up the slack with home workouts will be excited that gyms will soon reopen!

For some, this has meant that their normal training routine has taken a bit of a hit with some consequent loss of hard-earned gains.

But while the wait is almost over should you dive straight back in where you left off?

John Smith, our hypothetical gym goer, has returned to the gym enthusiastically, and has performed a few sessions as close to his pre-lockdown weights and intensity as possible. He has been experiencing post gym soreness (Delayed-Onset-Muscle-Soreness following muscularly challenging exercise) which is typical for him, albeit more intense given his time off. He has also started to experience some new aches and pains that are not familiar to him and is wondering how he can manage these without taking more time out of the gym.

Some transient, mild aches during training can actually be a reflection of a good training intensity or a period of adaptation following time off! But when should you pay more attention to these symptoms and what should you do about it?

A good way to visualise these niggles is as a traffic light system. Some orange and red lights are to be expected at some point or another throughout a rehab protocol or training program, and that is completely okay. This is just our body’s way of telling us that we might need to make some tweaks to an element of our rehab or training, and rarely means any significant tissue damage.

Some examples of some orange and red lights include:

As a general rule, a sensible short-term strategy is to go easier on the movements that are sore or sensitive. Always consider modifying the activity first before completely cutting it out!

We should then look at the potential contributing factors and address them. This may include:

How should I go about modifying sore movements?

Before cutting it out altogether, consider the following modifications that may make the movement more comfortable:

John Smith went particularly hard on his shoulders in his first few sessions and has started getting an ache on the front of his shoulder during the dumbbell overhead press. Using the points from above, the following modifications could be made:

If you’ve tried the above steps and cannot seem to make the movement comfortable, the next step could be to switch it out for a similar movement that might be more comfortable.

Let’s take low back pain during a squat for example. There are many different variations of a squat, and each one loads the main movers differently (e.g quadriceps, glutes and lower back): think of it like a continuum. Different squat variations that load the lower back from most to the least are:

Swapping a low bar squat for a front squat may allow you to continue your training while also giving the lower back room to settle.

Something else to consider is that sometimes a painful response from overly challenging stimuli may present a while after the session despite feeling okay during. In this situation, it can be difficult to discern the likely culprits: professional help here is likely the best option.

Even in this scenario, the approach is still the same as above: temporarily modify the painful exercise, monitor the response and address the contributing factors.

In summary, aches and niggles in training are very common and typically nothing to panic about. With the appropriate modifications and training protocol, you can get back to your normal routine.

Nip your aches and niggles in the bud, contact one of our CSSM physio’s to make sure you are on the right track.

CSSM physiotherapist Hugh Feary has always been interested in how the body works, sport and strength training. Hugh has previously worked in GP clinics and in private practice as well as a variety of local sporting teams including the Fremantle Dockers in the AFLW. Spending a lot of time strength training in the gym, Hugh enjoys helping others who have any niggles or injuries to modify their program to keep them moving.